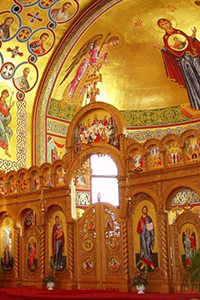 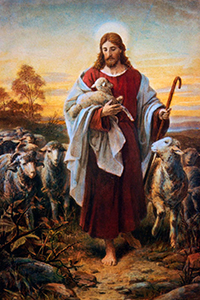 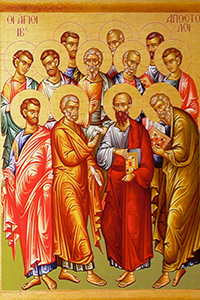 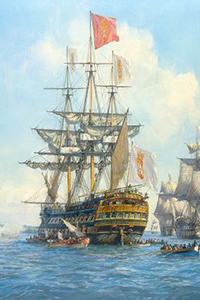 THE ORTHODOX CHURCH OF INDIA The Malankara Orthodox Church hereafter referred to as the Orthodox Church of India or the Indian Orthodox Church, is the second largest faction of the ancient church of the St Thomas Christians in India, which stood till 1653 as a single and united Church with an indigenous character of its own. This ancient church of the St. Thomas Christians is an Apostolic Church like all other Apostolic Churches around the world  and originated from the evangelical labours of St. Thomas – the Apostle not only of Malabar and South India but also of India and all of Asia. In that sense this church is one of the Oldest Churches in the Christian world and also in India, because Roman Catholic Christians came to India only in the 16th century and Protestant Christians in the 18th century – all following Western colonialism. The Malankara Church is an indigenous Church with a distinctive heritage and characteristics of its own, deeply rooted in Indian soil. Moreover it is a church which stood for centuries in close contact with the East Syrian Church which once flourished in the present regions of Iraq and Iran.

In the 16th century it came in contact with the Roman Catholic Church through Portuguese colonialism, which after a century’s contact and interactions resulted in the enforced domination of Roman Catholicism over the church of the St. Thomas Christians. The Synod of Udayamperoor – 1599 played the decisive role in this regard. Thus this synod laid the firm foundation for all the problems which arose later on in this church. For about 54 years thereafter the St. Thomas Christians remained under Rome’s occupation and then onwards in a divided state.

In 1653 through an Oath, the St. Thomas Christians’ Church as a whole overthrew their enforced subjection to Roman Catholicism and resolved to restore their freedom as a church of India and to revive their Oriental Church heritage and indigenous characteristics. But due to various pressures their unity was broken, mainly due to the overwhelming action of the Roman Catholics who had immense support from the Colonial powers; a group of the Thomas Christians were induced  to the Roman Catholic side and later on  became the champions in the propagation of Roman Catholicism among the Thomas Christians. Moreover they, ie, those who were taken over to the Roman Catholic side did not allow their opponents, who had discarded Rome, to travel on freely to their destination as a free church. After many years of intense tribulation, struggles and loss of faithful to the Roman Catholics, those who stood against Rome, emerged as independent Church entering into free and friendly adherence with the bishops who came from the West Syrian Patriarchate in South – West Asia. This began from 1665, soon after the change in the political and colonial scenario of South India, when the Portuguese were ousted out the advent of the Dutch in the region.

This Church of the St. Thomas Christians who had freed themselves from the Roman Catholicism, were led till 1816 by Indian bishops of their own native origin and they were known by a common name – Mar Thoma. It is this church, which continued thereafter under bishops known as Mar Dionysius; now known by the name the  Indian Orthodox Church. During 17th, 18th and 19th centuries they were also known by some names, which in most cases were appellations imposed upon them by their opponents from time to time. These are: New party (Puthencoor), Non – Romo Syrians, Malabar Syrians, Jacobite Syrians etc. After the formation of the Church’s constitution in 1934 the name of this church became the Malankara Orthodox Syrian Church. They believe that they are the faithful original descendants and real continuation of the Church of the St. Thomas Christians of India. Hence they claim they are an ancient and apostolic Church like any other apostolic Church elsewhere in the world. The Church in India is eastern in its ethos and worship and is clearly distinguished from western (Roman and Protestant) church traditions.

The church is fully self-governed by its local leadership and is indigenous. No foreign leadership is allowed to rule over this church now.

This elements of self-awareness always echoed whenever they were threatened during the periods of contact with Roman Catholicism , Protestantism and the West Syrians.

Moreover, a unique and noble feature of this church, even now is its broad vision of humanity, non-Christian religions and other ideologies. From time immemorial this Church was at peace, oneness and tranquility with the surrounding Hindu, Muslim, communities without prejudice, rivalry and fanaticism. It respected those religions and those religions too respected this church. Hindu rulers and others in recognition of the abilities of the faithful of this church and its tolerant attitude had been benevolent in granting material benefits of an everlasting nature towards this church. This church never engaged in proselytism of Hindu or Muslim brothers and that is its notable nobility in India. Its members serve in all noble spheres of life and actions of humanity all over the globe.

This Church now consists of about 3.5 million members, who are spread all over the world, though the majority  reside in Kerala state. The Supreme of the Church and the present Catholicos is H. H. Baselios Marthoma Mathews III. His residence and the Head-quarters of the Church is in Kottayam in  the Kerala State of the South-West India. The Church as a whole is divided into 30 ecclesial units as dioceses and each diocese is served by a bishop, administratively and spiritually.